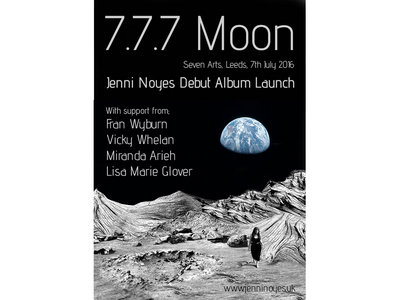 ships out within 10 days

Brought up in a musical family, Jenni found refuge in singing and playing guitar at an early age. At the end of 2012 she made the decision to pursue a career as an artist. In 2016 Jenni produced and delivered a media campaign in connection with a successfully funded Kickstarter to finance the recording and production of her Debut Album “Alone on the Moon”. ... more